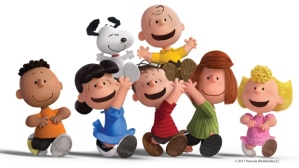 DHX Media based out of Halifax, Nova Scotia, just acquired rights for the Peanuts and Strawberry Shortcake franchises (pending regulatory approval June 30th, CBC). As a Haligonian who LOVES the Peanuts Gang, I would love it if DHX did a special introductory episode for each of those franchises, set in Halifax to introduce us to the rest of the world, as well as celebrate the acquisition and the franchises’ new production home!

I had a simple story line in mind. Have the characters visit a distant relative who lives in Halifax, or elsewhere in Nova Scotia. Perhaps the Peanuts Gang could visit a Scottish relative from, and who lives in, Halifax, and Strawberry Shortcake could visit Cape Breton, or Oxford where her Blueberry Pie cousin lives. Oxford, Nova Scotia is the Blueberry capital of Canada, after all, with its own cartoonish giant blueberry! In both cases, a new Nova Scotian minor character could be added to the franchise for an occasional appearance, or more pending audience uptake.

While in Nova Scotia, the characters would do or try some Nova Scotian things. Some would be well known things, while others would be more like well-kept secrets. They could learn of some of our history, landmarks and such along the way as well. Of course, they would meet some Nova Scotians while here, including some famous ones like Sidney Crosby who just happens to be in town… possibly with a Stanley Cup again! 🙂

Farewell will be sweet, but the new local characters will get a chance to reappear later in the form of an invitation to visit the characters homes. They could be mentioned once in a while via mail, email or social media they use to stay in contact. Pending audience uptake, they could play more of a role as well.

I’ve sent an email to DHX Media about this idea. I know they’ve got lots of ideas and lots of other ones will come, but I hope they’ll at least consider mine. Can’t wait to see what DHX Media will do with the franchises. In the meanwhile, I will just dream and do the Snoopy Happy Dance! 🙂