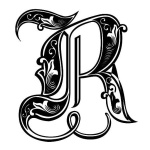 A few weeks ago, I had mused about writing my own book about running while writing what I thought of the book, What I Talk About When I Talk About Running, by Haruki Murakami. I certainly have enough stories for one, and hope to still have enough for one going forward as I begin a new phase of my distance running with a new style of running. However, I’m not sure where it’d all fit into my writing and/or life plans, this running book I’m thinking about. To test those waters then, and/or perhaps just to make notes in case I write one, I will be dropping the occasional running vignette for my writings on this blog. Here’s the first one.

END_OF_DOCUMENT_TOKEN_TO_BE_REPLACED

Once upon a time, the extra point used to require an actual effort so it was not a sure thing by any means. However, these days, it has a success rate of over 99% according to New England Patriots coach Bill Belichick. It has become too easy for the players playing to execute it that it not only becomes boring, it’s also a waste of time. Sports Illustrated’s Peter King feels the same way about it, calling it “the biggest waste of time in sports”. Nothing in sports should be that automatic, basically. What kind of competition is there if the outcome was the same more than 99% of the time?

END_OF_DOCUMENT_TOKEN_TO_BE_REPLACED

The 2012 NFL draft is tonight. Players will be drafted out of school. Players will be traded for positions and picks. Players will be kept or let go to free agency pending who gets picked up. It all generates a huge amount of hype, no matter which sports draft you’re talking about. And that got me thinking… what would that be like in the work force?

END_OF_DOCUMENT_TOKEN_TO_BE_REPLACED

This is a new type of Facebook tagging, and one that could get you in a lot of trouble, too! 🙂

It’s not because this Facebook tagging is “inappropriate” with language, images or topic. No. It’s because this is going to bruise some egos!

It’s meant for judgmental people so if that’s you, and you’re not afraid to bruise some egos, then go for it! The trade off is that you’ll also praise some people, like giving them an award, so you can also win some favours!

In this Facebook tagging, you have to decide who are your 10 most athletic Facebook friends and tag them.

Those 10 are going to be happy. Those who felt they could have been in the top 10 based on who they saw you tag, cause they thought they were more athletic than at least one of those tagged, won’t! Depending on their personalities, they’ll react in a variety of ways, some of which won’t be pleasant.

Do you think you can handle that? If so, then let’s get on with it!

END_OF_DOCUMENT_TOKEN_TO_BE_REPLACED

I created these tagging challenges for fans of North American professional football, or people who know lots of those fans. The tagging challenges can be done on Facebook, MySpace, LiveJournal or other platforms where you can tag people on pictures.

The idea is to see how diverse is the group of football fans you know, and how does that compare to your fellow football loving friends. It’s no fun if everybody supported the team you supported, you know!

Here’s how to get these graphics for your tagging fun:

Fancy yourself quite the social sports fan, or this isn’t your sport? Try the same Facebook tagging challenges for: