According to research, only half of New Year resolutions make it out of January (27% given up in first week), and only 8% last the year, fulfilled or not. If making New Year resolutions, or any time of year resolutions, hasn’t worked out well for you, try my methodical approach based on research and a few decades of personal experience in the new printable workbook, with detailed instructions, I have just created to share. It’s on a separate page so as to have a tidy URL, but creation of those pages don’t get “announced” so I am writing a post for it.

END_OF_DOCUMENT_TOKEN_TO_BE_REPLACED

I’ve just put in my ESPN March Madness Brackets for 2016.

President Obama has put in his Barackets.

I am 6 wins versus just 1 loss versus the POTUS during his Oval Office March Madness campaigns. Here’s hoping to finish strong at 7 and 1, with the North Carolina Tar Heels winning it all! 🙂

It’s been a fun filled eight years, Mr President. I’m so glad you decided to add this on to your presidential duties! It won’t be the same next year, even if you submit a celebrity pick. Good luck… though you know I only mean that in a limited capacity, right? 🙂

END_OF_DOCUMENT_TOKEN_TO_BE_REPLACED

Montreal Alouettes quarterback Anthony Calvillo broke the all-time professional football passing yard records on today, passing Damon Allen who had 72,381 yards. The Montreal and Quebec presses, of course, is playing it all up with articles like how Calvillo is the best and all with articles like this (Montreal Gazette).

But why do they even bother having such a pretentious award considering the Canadian Football League (CFL) is basically a minor league for the National Football League (NFL)? END_OF_DOCUMENT_TOKEN_TO_BE_REPLACED 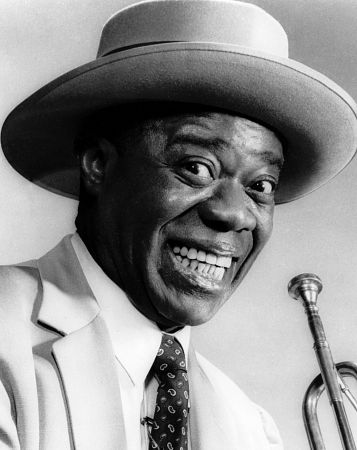 More information which will help you figure out what was on my mind in creating every part of the tab and decipher it better if you use it. And for me, I eventually will have my guitar tabs set online so I can access it from anywhere that has an Internet connection!

The main problem with guitar tabs is that there is so little information compared to sheet music that you can’t hope to know what was going through the tabber’s mind when certain chords were written out. They might have been listening to a version of the song you weren’t. They might have arranged it a little differently because they sang it a little differently than the version they referenced. Sometimes they do this because with just one guitar instead of a band, certain things just don’t sound good so void of other musical support (a sign of a bad song). But overall, let’s face it, the general guitar tabs out there isn’t professional quality stuff. That’s why there are so many versions for each song.

With some advances to blogging and web technology, as well as efforts of others to post things, the guitar tabs I present will have more feature containing information you can reference to learn them and/or modify them for your own versions. First, I will have videos with recordings of the pieces I referenced so you can hear them for yourself. Second, there are notes written out, even if just letters rather than sheet music style. Notes an octave apart will be identified by capital letters for the higher notes. That way, if I modified anything, you can figure it out and understand what I did, then decide for yourself if you want to leave it or change it yourself. Finally, the chords appear exactly where they should be as I change them so there is no doubt.

In my first guitar tab on this blog, I present an exotic version of Blueberry Hill, the Fats Domino classic many people know, some of whom via the favourite song of Richie Cunningham from the Happy Days sitcom from 1974-1984. Fats’ version is the bottom of two videos below, included for comparative purposes. The version I present is by Louis Armstrong, from 1949 and recorded in Canada, no less! I like it because has a whole bunch of extra lyrics, with some scatting, that will either challenge you or allow you to duet with someone. Its video is below, meant to accompany the guitar tab above, although you’ll probably want to do it at a much slower, nostalgic sort of tempo to squeeze everything in.

One day soon, I hope to record a version so I can really demonstrate how I envisioned it to be played with solo guitar or ukulele, and not just ask you to figure it out from the video below.

I hope you enjoy!

All I Want is You, U2 Guitar Tabs Letter Sized PDF

All I Want is You, U2 Guitar Tabs Tabloid Sized PDF

All I Want is You, U2 Ukulele Tabs Letter Sized PDF

All I Want is You, U2 Ukulele Tabs Tabloid Sized PDF

These tabs all fit on one page to avoid the inconvenience of page turns. However, the letter size tabs (8.5″ x 11″) may be too small for your eyes. If so, you can either enlarge to tabloid size (11″ x 17″) using an automatic enlarge feature on many photocopiers, or download the tabloid sized versions for printing. The tabloid size tabs can be inserted into a typical letter sized binder on the 11″ size, and folded almost in half to fit. You just open each tab to use it.

Please click here for guitar and ukulele tabs and chords to other songs on this blog.

I’m proud to share that my friend, Denise Robson of Dartmouth, Nova Scotia, won the Women’s Masters Division (40 and over) at the Boston Marathon today! She also placed first among women in the 40-44 year old category, obviously… and she’s got an elite athlete profile (link above). How cool is that!!!

Denise ran a 2:43:16, her best Boston time by 2 minutes. That translates to a rocking 6:14/mile pace. She passed half way in 1:19:55, with a slight positive split for the second half containing Heartbreak Hill. The 41 year old Mother of three daughters placed 282nd overall among over 26,000 runners, was the 24th woman to finish, and 9th fastest Canadian in the field.

The top Canadian finisher in the field is also a friend of mine, Rami Bardeesy, from Halifax, Nova Scotia. He ran his 9th consecutive fastest Boston marathon in 2:27:22, 59 seconds faster than his previous fastest that was last year. That was good enough for 48th overall and 46th among men. This was also a personal best for Rami, who was an agonizing 1 second from going under 2:28 in Sacramento at the California International Marathon in 2008. He sure righted that today! And on such a tough course as Boston, too!

We Nova Scotians sure had a great showing this year! Not just at the top but also among the more than 100 runners who headed down. Other notable performances at the top included:

Sadly, I had to defer Boston this year.

Which ain’t as good as the bling, I am sure!

Congratulations to them all, and others, on a fabulous race!

As for the absolute finishers, 20 year old Robert Kiprono Cheruiyot from Kenya won in a course record 2:05:52. That netted him $150,000 and $25,000 for the record. Interestingly enough, he had smashed a record held by another but unrelated Robert Cheruiyot, Robert Kipkoech Cheruiyot, in 2006, by 82 seconds.

Shall we call these boys Cheruiyots of fire?

You’d think with a name like Robert Cheruiyot, and being an elite marathon runner, nobody would ever confuse you with anybody else, eh? Tough luck!

Among the top men, second went to Tekeste Kebede from Ethiopia. He was 91 seconds behind, with Deriba Merga, the defending champion, coming third in 2:08:39.

Among the elite women, Teyba Erkesso from Ethiopia was top at 2:26:11. It was a sprint to the finish, though, beating Russia’s Tatyana Pushkareva by just 3 seconds. Ouch! Teyba also won $150,000 with the gender equality in prize money being given by the Boston Marathon.

Well done, everyone! I hope to be in the action next spring!