A voxel represents a value on a regular grid in three-dimensional space.

Basically, the 3D equivalent of the 2D pixel.

From this fantastic TEDRadio Hour podcast on the brain! 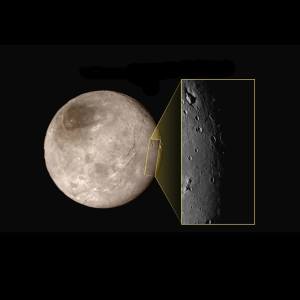 The resolution is more than good enough to create a 3D print of the planet, at something like a room sized scale, and maintain all of the details captured, in my opinion. If done smaller, you’ll even lose some details! That is, the information might be finer than the 3D printing technology that is currently available!

So the only thing remaining for me to ask is who will be the first?

I think that would be quite something to see, Pluto in 3D compared to just a speck of light we knew of its appearance only a short prior to whenever they get enough information to print the 3D model!

NASA will be sending a 3D printer into space in June 2014 with the fifth SpaceX supply mission for the International Space Station (CNN). You can read all about the why and such in the article linked. What I’d like to propose is a cool and simple little contest prize.

Having the FIRST piece as the prize would definitely up the ante rather than just any piece!

Of course, the object would have to be within some reasonable and practical limit like volume since material, weight and space are precious commodities on the ISS. And one would want to be sure it worked on Earth with a sample printing, though how to compensate for lack of gravity would have to be dealt with by NASA.

So NASA, are you up for it?

A few months ago, I first heard of 3D printers that were “affordable”. That is, in the couple of thousand dollar range and that someone I knew had one, a Makerbot Replicator. It has spurred me to learn Rhino 3D to create things to be able to put the printer to use. These are my first renderings, a Klingon logo Christmas ornament I would just spray paint chrome to hang from a tree. I plan to have more complicated renderings, eventually leading to armor costumes, in the next 12 months or so.

END_OF_DOCUMENT_TOKEN_TO_BE_REPLACED

These are just two variations of posters of duck figurines I saw used as Facebook. The top one I added the labels, whereas the second one I found as is. I found neither from the source which created them so there are no links.

Here’s how to get these graphic for your Facebook fun: