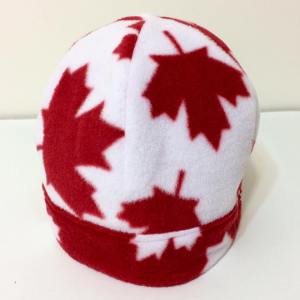 I needed some properly fitting tuques with winter coming so I took it upon myself to create a design that was extremely warm, durable and had some flexibility for design. This was the first of three very different looking design tuques that I made, but which was essentially all from a one piece pattern to yield a double layered fleece tuque.

END_OF_DOCUMENT_TOKEN_TO_BE_REPLACED

Last post, I analyzed the impact of gun control legislation and changes on gun related deaths, as shown by statistics. I analyzed it in a lot of details, because that was required. But for those not interested in all the details, the summary was this. The impact was clear that the Brady Bill had a major impact to lower gun related deaths per year and per capita by about 25% ! See 1994-1999 part of analysis in link above. That impact, one would think, had to do with the background checks required. That was true. But what was surprising was something in the process of that check.

END_OF_DOCUMENT_TOKEN_TO_BE_REPLACED

Many, if not most, Facebook users have more friends on their Facebook Friends list than are good for them. Having more Facebook Friends means more people are watching you. There more people to waste your time, even if just having to sift through their updates to find ones from people you care about. There are also more people who could use something on your profile against you in some way, even if it’s just gossip, possibly from misunderstandings or unintentionally. We’re not even talking about potential creeps and malicious people here, who you don’t know well but had casually added as Facebook friends over time.

On a different topic, there are all kinds of Facebook memes, or trends, going on all the time. Facebook tagging is big. Facebook notes get passed along. There was that 25 Things You Didn’t Know About Me thing that only helped making your ID easier to steal. Then there were the baby photos or retro photos trend that also helped in the case.

So how’s about putting the two together for something useful?

A challenge to remove 5 Facebook Friends and pass it on!

These would be “friends” in the loosest sense of the word, of course, not any real friends. I don’t think most people need any help to do this challenge if they want to take it up. That’s how frivolous I think the Facebook Friends thing has become for most Facebook users. However, if you need help or want to do a more serious purging, check out some of my criteria for identifying Facebook Friends you can remove without a lot of consequences.

I took up my own challenge, of course, and went way over 5.

If you don’t take the challenge, maybe just ask yourself, can I remove 5 Facebook Friends from my list? It’ll give you an idea of the state of your Facebook Friends list to where it maybe should be.

If you can remove 5 Facebook Friends from that thought experiment, maybe you ought to reconsider, especially now that you know you can. It’s just some clicking and scrolling now. 🙂

Or try it Facebook tagging style! (obviously you can’t tag these friends’ profiles, but you can tag and type in their names)

Which Were the Most Popular and Interesting Cartoons You Saw for the Facebook Campaign Against Child Abuse?

“Study” on Facebook Narcissism and Insecurity not REAL Research

A Few Thoughts on Facebook Friends (and some polls)

How to Cancel or Retract Friend Requests on Facebook… and Why?

25 Things For Facebook You Can’t Steal My ID With