Tar Heel basketball fans, now that our boys have won the NCAA March Madness tournament this year and are national champs, I ask you to be civilized towards who didn’t believe who may have wronged you in the past. As sweat stinks less when you win, it is also easier to forgive when you win. So do NOT do anything in return to those people who wronged you without their permission. Instead, show both empathy and courtesy by giving them the chance to give you that permission.

Introducing coupons you can give to non-believers in North Carolina Tar Heels basketball, with which they can request you for some UNC showboatin’, struttin, tongue wagging and victory dance! Perfect for everything from stocking stuffers to being hoeartfelt presents in birthday cards to those you really don’t want to buy gifts for (possibly because they don’t believe in UNC), these coupons will not only make you feel good about giving them, but also in delivering their content!

Click on the link below to get the PDF that prints the coupons in the picture below. 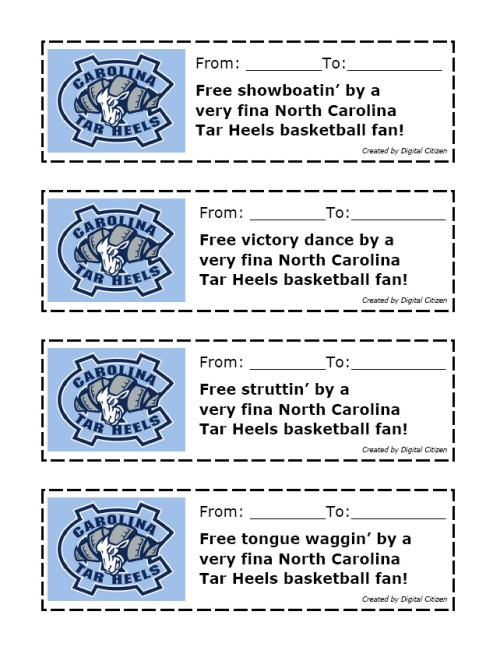 View of UNC Free Coupons PDF in link above

Please click here to see President Obama’s 2010 Barackets, and get analysis after Round 3

After a great first two rounds, President Barack Obama’s NCAA March Madness Baracket (below) took a beating in the last two rounds to leave him with only the University of North Carolina (UNC) Tar Heels remaining for the Final Four. He went from having picked 14 of the Sweet Sixteen teams to just one of the Final Four, and he has UNC to win it all. What that means is if UNC wins it all, the President can still end up with a very respectable score. Fortunately, UNC is the highest ranked team remaining, but as we all know about March Madness, that’s not necessarily worth a lot. If UNC loses, though, we had then better hope his economics is better than his basketball. (See the President choosing his teams on Internet video). 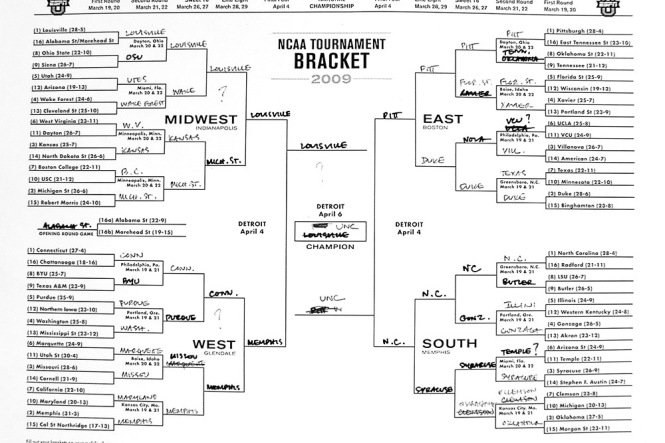 Here is the President’s March Madness pool pick performance after four rounds, by the record and then translated to scores as per various popular pool scoring systems.

President Barack Obama has North Carolina remaining and picked to win it all.

Scoring System 1 (32 points per round like CBS Bracket Challenge)

If you are in a betting pool with your NCAA brackets, chances are you are using this scoring system. This system rewards 1 point for a win in the first round, 2 in the second, 4 in the third, 8 in the fourth, 16 in the fifth and 32 to the ultimate winner. Upsets gives nothing extra.

The maximum points for four rounds is 128, out of 192 eventually.

In this system, President Barack Obama has 74 points after four rounds, with a possible 48 more maximum.

Some pools reward upsets in a minimal sort of way with one point for each upset. It’s not much but it could make the difference between similar results of correct games picked.

In this system, President Barack Obama has 76 points after four rounds, with a possible 48 more maximum.

This system is used by the Canadian channel The Score in its pool, which I am in, though I didn’t read the D rule because I would have picked very differently for some underdog teams.

In this system, President Barack Obama has 76 points after four rounds, with a possible 48 more maximum.

This European style scoring system values the overall judgment and minimize fluke results of someone selecting the correct ultimate winner despite performing not so great otherwise.

The maximum points for the first four rounds is 60, out of 63 eventually.

In this system, President Barack Obama has 38 points after four rounds, with a possible 2 more maximum.

SO HOW ARE  YOU DOING COMPARED TO DA PREZ?

It’s March Madness time in the NCAA and also my favourite time of year! It’s go play or go home basketball time, when school pride is on the line and possibly the one shinging moment for some. Below are my picks, which, I am happy to say, agree with President Barack Obama’s choice for the University of North Carolina Tar Heels (UNC) to go all the way. The President, being a basketball fan, put it front and center on his Whitehouse.gov website (link is to article as it might no longer be front and center by the time you view it).

Of course, I’m a nobody so nobody cares about my picks, even if it’s my blog you’re reading it on, so immediately below are a video of how President Barack Obama came to decide his relatively safe picks with Andy Katz of ESPN, and his official 2009 March Madness brackets… or should I say Barack-ets. Add another term to the Obonics post. My brackets follow because it’s my blog! 😛

Who did you pick to win?
(or go to Final Four, Sweet Sixteen, upsets or whatever amount you care to share in the comments)

Here are my brackets: 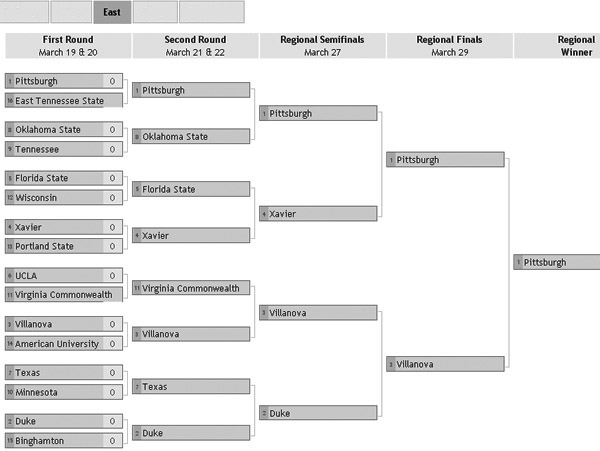 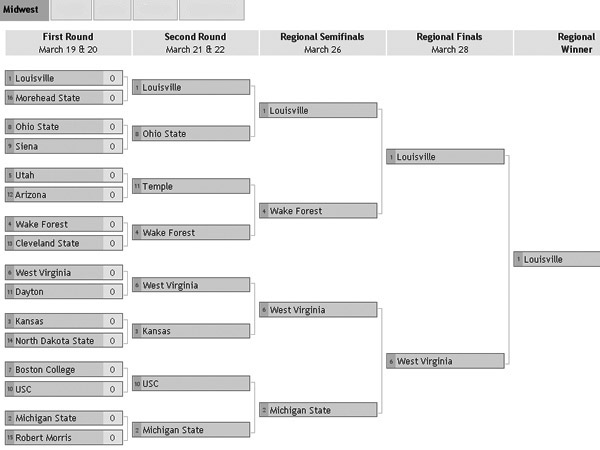 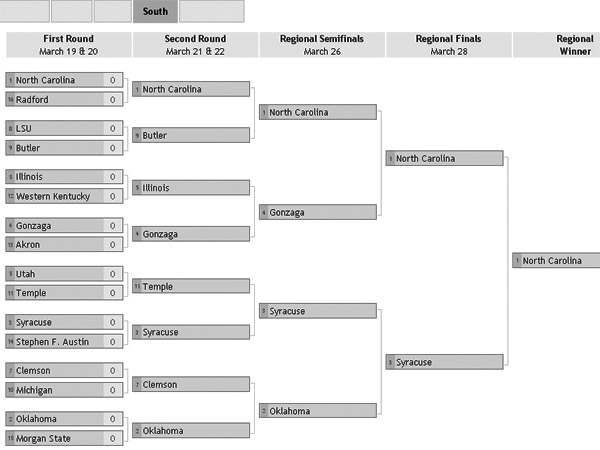 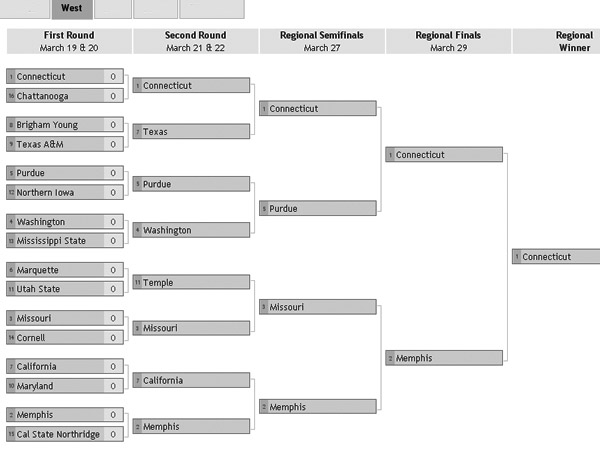