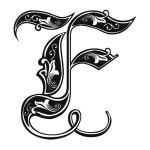 If you’ve been on Facebook, you’ve probably seen these status posts. Some preamble of cause and/or condition, out of all my family and friends, I’m going to bet that less than X will take the time to put this on their wall to help cause or condition in preamble. So surprise me and prove me wrong! Really, people? I have no problem with your cause or condition, but do you really think doing something like this will leaving you feeling better for it all? Because if not, why do it? So let’s explore if you might end up feeling better for it.

Do you really need to ask to know?

If what you wanted to know from these people were really serious, are you really that unsure from your relationships with them given the seriousness of commitments asked that you can’t tell who these people in your life would be?

Do you believe those who surprised you?

Of those who surprised you by reposting your requested post, do you think them reposting something on their wall is a reliable test of their sincerity? Especially if you weren’t so sure because you had never been given enough of an indication by them in your relationship with them to this point? Is this mere reposting what will finally convince you when their words and actions up till now has not reflected this?

What people just Liked or Reacted to your request?

How would you feel if someone just Liked or put a reaction to your request? Is that a good thing that you got a reaction out of them at all, even if not the one you wanted? Or is that disappointing they would only go that far to give you a shallow reaction rather than a slightly less shallow reposting?

What if those you believed in didn’t see your post?

If someone meaningful to you didn’t see your post, or perhaps seen it and not reposted it, would you downgrade them in your opinion? Would you be shocked or devastated? And if you didn’t, why would you upgrade someone who surprised you with a repost that you didn’t expect, given you didn’t think as well of them to start with to have been surprised?

What will you hold against those who don’t repost, especially those you were hoping to repost?

So certain people who had hoped to repost did not for whatever reason/s. What will you hold against them? You may not care much, and that’s fine, and probably good, but what do you think those people think of them if they don’t respond? Are they going to think you basically judge them as affirming to yourself that they weren’t that supportive of you? And if you didn’t care much that most people didn’t repost your request, for something as little as that, then, why should they care much about you?

How long will you hold things against people who didn’t repost your request?

How many people would you want or need to repost?

Let’s say you asked for X people to repost, and fewer did. How would you feel? Usually, the number I see is not high, like 7 when people have like an average of 250 Facebook friends, which begs the question if that target would be sufficient? So let’s say you met your target of 7, but had 250 friends. You met your target, but are you going to feel good about just 7 people reposting on something that means a lot to you? Would 10 be enough, maybe? Even 25 out of 250 is merely 10%. How many or what percentage of people reposting would it take to make you feel good, or wanted, or loved, or whatever feeling you want to have?

Do you think you’ll come out of this reposting request feeling better?

Look at all the questions asked. For all the things that could happen, what they mean, and all the things that might not happen and what they might mean, do you think you will really come away from this Facebook status repost status feeling better than if you had not posted it all, or when you came into it with so much optimism or hope? If you were that needy to know, you are probably needing more help in something else. That’s not a judgment to look down on you for it, just a recommendation to get that help you need before it becomes worse, with good intent to suggest it.

Just think about it.